This week a team of veterinarians from The Department of National Park, Wildlife and Plant Conservation (DNP) and The Department of Livestock Development (DLD) visited the WFFT Elephant Refuge – Thailand to take blood samples from the 18 rescued elephants we currently house. The DNA of the elephants will be analyzed and added to a nationwide database of all the captive elephants. The management of captive elephants in Thailand is currently managed by two government bodies. The Department of Provincial Administration is responsible for the registration of domesticated elephant under the Draught Animals Act 1939 (Beast of Burden Act). Captive domestic elephants that are listed under the Draught Animals Act may be legally owned by individuals, private businesses and the government. The Department of Livestock Development is responsible for the health care of captive elephants, as well as movement for trade under the Animal Epidemics Act 1956 of those elephants. This department implants and monitors the microchips of all registered elephants in Thailand.

Asian elephants have a long history of ‘domestication’. They were probably used as work animals as long ago as 2000 BC. They were used in war against Alexander the Great in 326 BC and they accompanied Hannibal and his army across the Alps in 218 BC. Even during World War Two and the Vietnam War they were used to transport supplies. In Thailand, as in many countries in Asia, the Asian elephant has been domesticated and used by humans for many years to work in the logging industry. Following the ban on commercial logging in Thailand in 1989 these working elephants were no longer needed. Suddenly hundreds of elephants and their owners were left with a very uncertain future, their owners were forced to seek alternative methods to use their elephants to make a living, and this has led to the problem of ‘begging’ elephants on city streets. Thailand still has one of the highest populations of captive elephants, which are predominantly used in the tourist industry, Thailand currently has around 200 elephant tourist camps. Some elephants are still used for work purposes, such as logging. The wild population of elephants has been estimated at around 3,200. 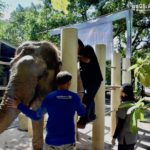 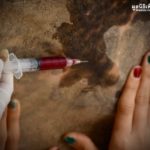 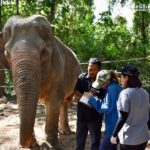 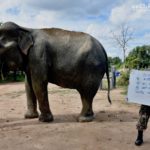 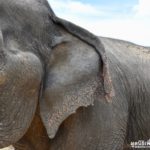 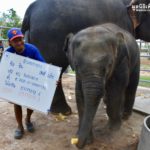 This new law is providing new hope for properly verifying the identity of Thailand’s captive herd of around 3,500-4,000 elephants, with the aim of closing the current loophole which enables the illegal capture of wild elephants to be easily smuggling into tourist camps almost unnoticed. All elephant owners are required to adopt the new DNA Registration System. Prior to this new initiative Thailand’s captive elephant’s were registered and identified using photographs and microchips, and did not require the registration of captive born elephants until they were 8 years of age. Thailand’s captive elephants are now to be registered within 90 days of birth using the new DNA registration system, previously the registration of captive born elephants was not required until they were 8 years old, leaving a huge window for the ease of passage of illegally wild caught elephants into the legal domestic elephant population. Consequently, the total number of elephants is/was unknown as a large proportion of elephants under the age of eight were not registered with the relevant authorities. This poor registration system allowed elephants to be poached illegally from the wild and smuggled into elephant camps, then disguised as already registered elephants. We hope that with the proper implementation that this new system will be success and help save the remaining wild elephants in Thailand’s.