Today is the 1 year anniversary of Thong Ma’s rescue! We are also 1 week away from the rescue anniversary of her best friend, Poom Puang (the hairy one).

These two peas in a pod came from the same elephant camp where Thong Ma was used as a feeding machine for tourists. Her chain was only 30cm and she became rather overweight from the endless stream of tourists who would pay for the experience of feeding her.

While rescuing Thong Ma, we noticed Poom Puang who was chained up about 5 meters away and being used for rides. This second rescue mission was spontaneous and we managed to raise enough funds and get her out of the camp just a week after Thong Ma!

Since their arrival at WFFT, these two have been inseparable and are enjoying their new life roaming freely in P4. A big thank you to Joan and Co, Stephanie Quinn, and everyone else who contributed to their freedom! 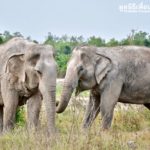 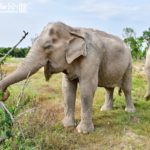 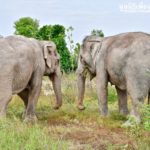 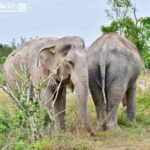 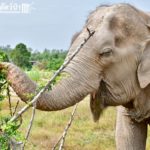 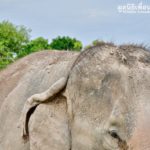 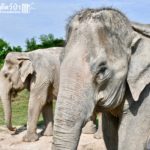 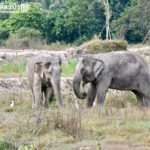