Over the last couple of weeks we have been gradually introducing our most recently rescued elephant Wassana, a 45-year-old lady rescued from a tourist camp where she had been exploited for many years, to some of our other elephant residents here at WFFT Elephant Refuge. Elephants are incredibly social animals however when they are kept in captivity for many years they are often kept alone and without the chance to interact with others as they would do in the wild. It’s not always easy for elephants to make new friends after 40-50 years of solitude, but here at WFFT we try and group our elephants to provide them with ‘natural’ social herd interaction and life-long companionship

Our priority was ensuring Wassana had some time to settle into her new surroundings so she would be comfortable with her new freedom before meeting other elephants. At first we introduced Wassana to another old lady, Jele, over a period of a few days. Though initially very interested they unfortunately did not take to one another, Jele’s confidence became a little daunting for Wassana.

After giving Wassana a little more time to herself, we introduced her to Nam Fon, a 55 year-old lady who returned to the WFFT Elephant Refuge in March this year after being taken away by her former owner in 2010. With her gentler and more relaxed personality Nam Fon proved to be a brilliant match for the shy Wassana. After spending their days in the same enclosure but their nights apart, the team at WFFT have happily decided that the two elephants are now able to spend all of their time with one another throughout both the daylight and nighttime hours. These two recently rescued elephants are fast forming a very close friendship, which we hope will only grow stronger as time goes on and they can enjoy their retirement together. 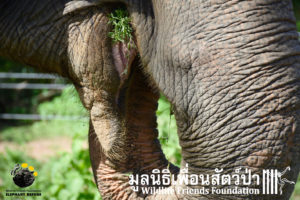 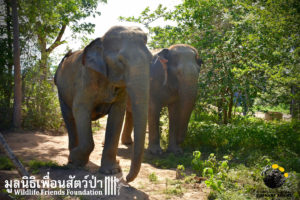 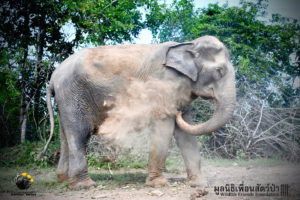 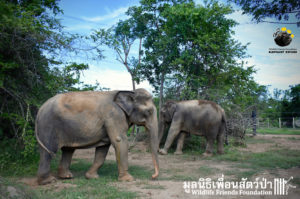 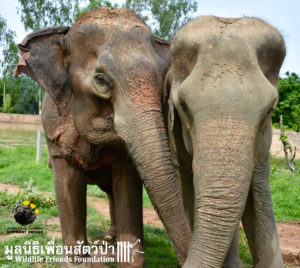 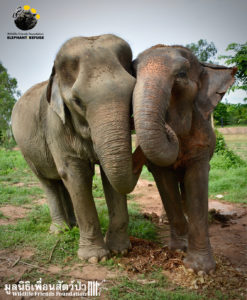 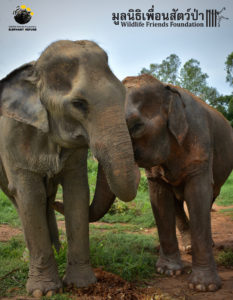 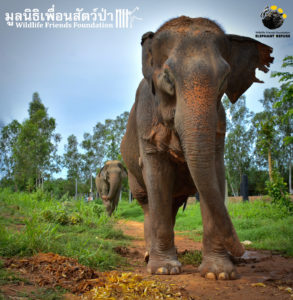 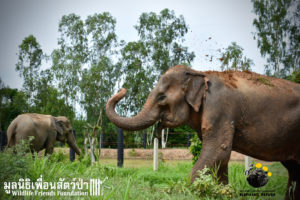 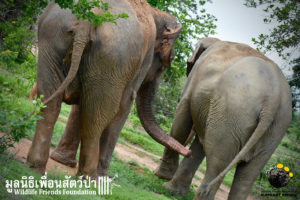 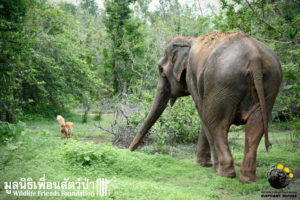 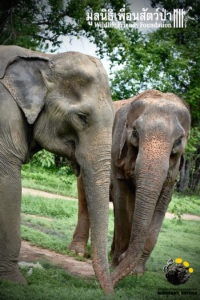 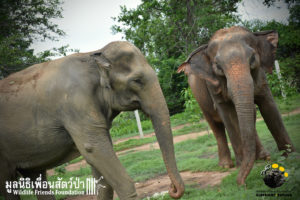 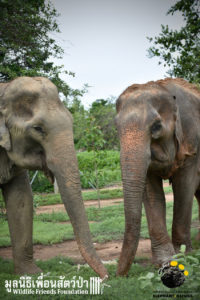 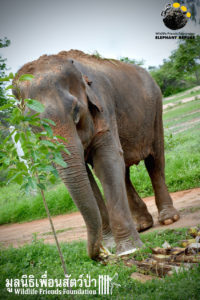 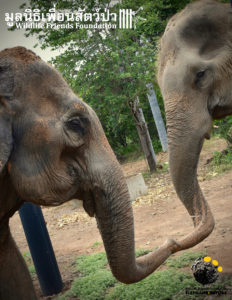