We would like you to meet “Wassana” an elephant that has worked in the tourism industry for over 40 years. She was rescued two days ago after a very successful fundraising party in Sydney two months ago. This poor old elephant arrived to the WFFT Elephant Refuge after undergoing a full health assessment at the camp prior to her departure from there.

Wassana was warmly greeted by many volunteers and our other rescued elephants alike. She had previously been in a Ratchaburi province based elephant tourism camp for the majority of her 45 years and suffers many physical and emotional scars as consequence to her mistreatment and countless, distressing hours serving the public.

A large abscess on her leg is very prominent as is the infection on her forehead which has been caused by open wounds through the use of a bullhook as well as her being malnourished, dehydrated and kept without access to basic hygiene. Throughout her time spent exploring her new home in our recently constructed recovery enclosure, Wassana continued to communicate with our other elephants with low rumbles and was contentedly receiving an array of trumpets, chirps and rumbles in return.

A dedicated team of staff and volunteers will assist to settle Wassana in to her new sanctuary, gradually introducing her to a suitable diet and treating all of her ailments. With her keen interest and interchanges with the other elephants, we endeavour to be able to acquaint Wassana with other rescued resident elephants in the Elephant Refuge.

This will give her the best chance of living out her years in a large, naturalistic environment alongside friends after so many years of confinement and chains.

Thank you to the Sydney group for helping Wassana! 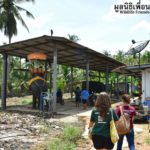 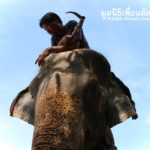 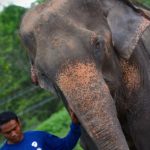 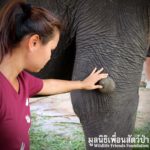 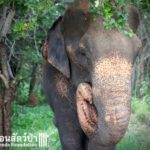 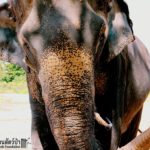 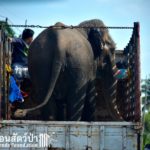 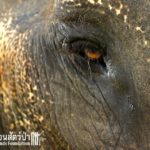 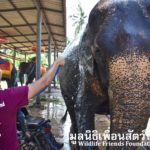 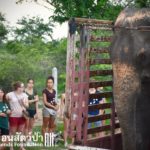 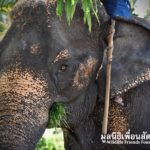 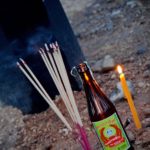 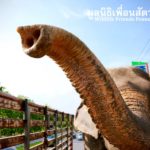 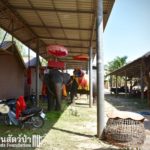 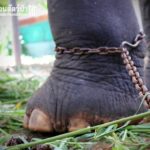 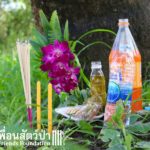 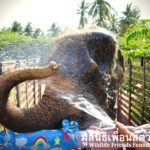 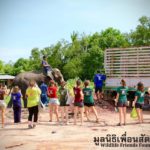