It’s all About Alicia…. As she regains her Freedom

We have secured the freedom of one very special old lady. Yesterday a team of WFFT staff and volunteers headed out on a long journey 100’s of kilometers away from the WFFT Elephant Refuge to rescue an elderly Asian elephant from a trekking camp where she was being used as a taxi elephant for tourists.

As with most elderly captive elephants here in Asia their long life histories are not fully known. Here is what we know of Alicia’s five decades on earth. She is 54 years old and has for the last six years giving rides to tourists in an elephant camp in Western Thailand, prior to that she was used as a logging elephant, possibly in neighboring Burma, and prior to that she will have been roaming wild in the forests with her family herd. Most of her long life she has suffered at the hands of man, working long days, being controlled by fear and intimidation. We are told that in the years at the elephant camp she lived close to two of WFFT’s other residents, Kaew Petch and Lao Ong Dao. We do hope that in the coming weeks once Alicia has settled in she will again be able to be friends with her old camp mates. She has been named in honor of a long-term supporter of WFFT who is sadly no longer with us, Alicia Thomas.

Throughout the long life of a captive elephant they endure years of abuse at the hands of man but before all this can happen they go through a process known as the Phajaan. This translates as extreme separation, ‘pha’ is to separate and ‘jaan’ is extremely. Ripping an elephant calf from its mother and putting it through this process both breaks the bond of mother and infant, and creates an almost soulless, lost elephant calf who is then trained to be a slave of man. This video shows the Phajaan process (WARNING GRAPHIC CONTENT) http://bit.ly/1hOkWXg. This is something that should be shown to each and everyone of the tourists that walk through the gates to any of the 200+ inhumane elephant trekking camps and zoos throughout Thailand, and any other country offering such abusive practices.

The arrival of Alicia brings the WFFT herd up to 19 individuals. Providing world class facilities and care for these gentle giants of the earth is not an easy task. As the WFFT herd grows, our land area increases, as does the cost of providing care for the herd. We are in the process of developing a huge area which will provide enough space for a large herd of upwards of 10 elephants to roam freely in near natural settings. We are still trying to raise funds to secure another 60% of this large piece of land. If you would like to support this new project, creating the largest elephant enclosure in Thailand, and maybe even the whole of Asia, please take a look here http://bit.ly/2h1mcXv.

More Space = More Lives Saved. Thank you for all the support we have received so far, and to all those who have supported over the years, particularly Joan Pearson and her generous friends from Australia.

There are still around 3500 captive elephants in Thailand, a few of them like Alicia have been rescued and are given back their ‘freedom’, unfortunately that is not the case for so many others. We must continue to fight to help the many others in need. Cruel trekking camps, circus shows, zoos and street begging is the reality for most of the captive elephants in Thailand. Please help us spread the word, these places are hell for elephants, educate your families and friends, there are numerous ethical alternatives where you can view captive elephants free from exploitation and where they are living in near natural settings.

“Never doubt that a small group of thoughtful, committed citizens can change the world; indeed, it’s the only thing that ever has.” Margaret Mead 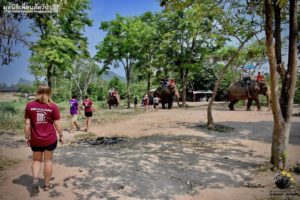 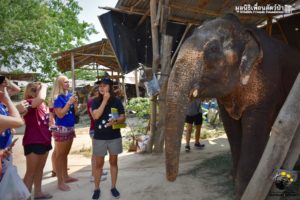 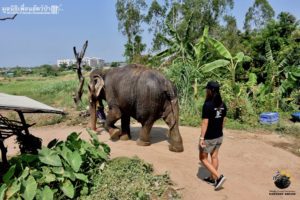 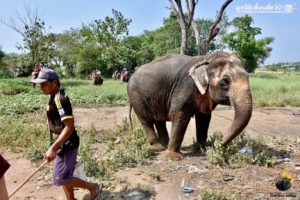 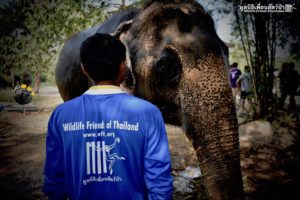 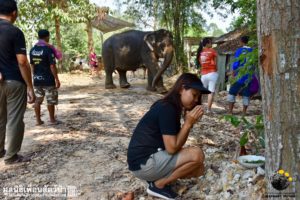 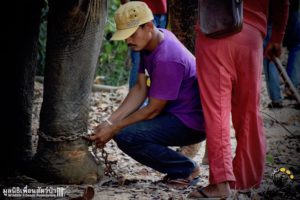 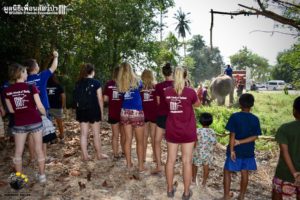 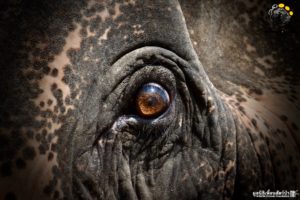 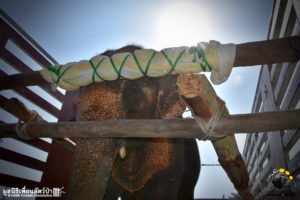 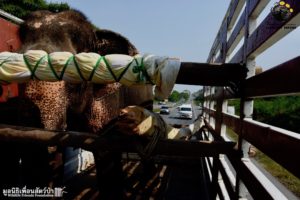 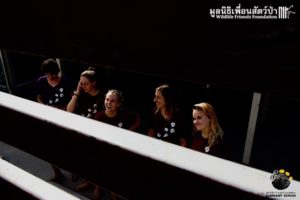 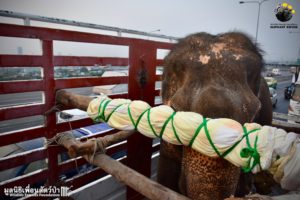 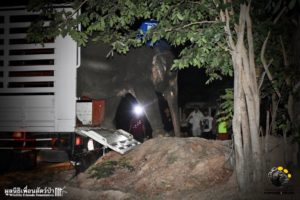