We say farewell to the beloved Nam Phon

Last night our dear old girl Nam Phon passed away at the ripe old age of 65. Born in the wild in the early 1960’s when the world looked very different to elephants, still having vast swathes of suitable habitat and a population of around 50,000 in Thailand alone. She was captured as a young calf and sold into the logging industry where she spent decades being forced to destroy her own habitat, during this time it is likely that she gave birth to her own calves which were subsequently taken from her. In the late eighties a complete ban on all commercial logging meant that the logging elephants were left without work, they were often forced to walk the streets and beg for food. As we entered the 21st century the tourist numbers grew, resulting in a higher demand for elephant back rides, this being where Nam Phon spent most of the last 30 years of her life, being moved from camp to camp, giving rides to tourists until she could no more, this is when she returned to us in March last year. You can read more of her story here http://bit.ly/2iOwGeI. 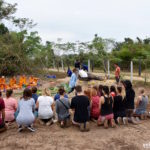 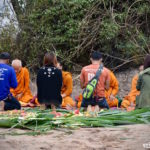 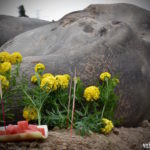 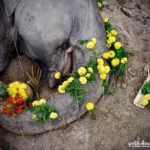 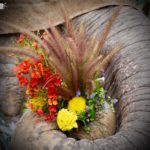 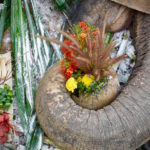 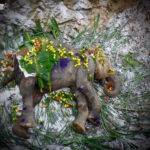 Nam Phon’s trusting nature and calm demeanor enlightened the lives of many. She inspired us and the many people who met her to strive for a better future for over 3000 elephants that still languish in captive environments throughout Thailand. She gave us hope to continue to fight for their freedom, the years of abuse she had endured never dulled her light. She experienced more freedom on last few months of her life than ever before. She wandered the forests around the WFFT Elephant Refuge freely, doing as she pleased, like a big diva, often ignoring the commands of her caring mahout Aek. After years of abuse at the hands of humans you are now free old girl. You will be remembered as much a victim of the captive elephant industry, as you are a shining beacon of hope for the many other elephants still in need of help. She has left this world and moved to another, her spirit is now free.